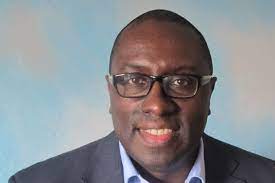 Dr Williams has an extensive career and has been the Chief Executive of Calderdale and Huddersfield NHS Foundation Trust (CHFT) since 2012. Dr Williams has also been the Senior Responsible Officer for Capital and Estates in the West Yorkshire and Harrogate ICS since 2017.

Dr Williams is a Board member at NHS Quest with his current role as CEO at member organisation, Calderdale and Huddersfield NHS Foundation Trust.

Recognising his contribution to health care, Dr Williams featured in the 2020 New Year’s Honours list and was awarded an OBE for service to health care across West Yorkshire. Dr Williams also led a national piece of work across the NHS regarding health inequalities.

Commenting on his appointment, Dr Williams, said: “I am both delighted and honoured to be taking up the Chief Executive role at NCA.

The Board’s ongoing commitment to patient quality and safety, alongside their desire to provide the maximum support possible to colleagues providing care, is what attracted me to the role. This, together with collaborating further with our partners, presents a real opportunity for us to collectively move forward with confidence.”